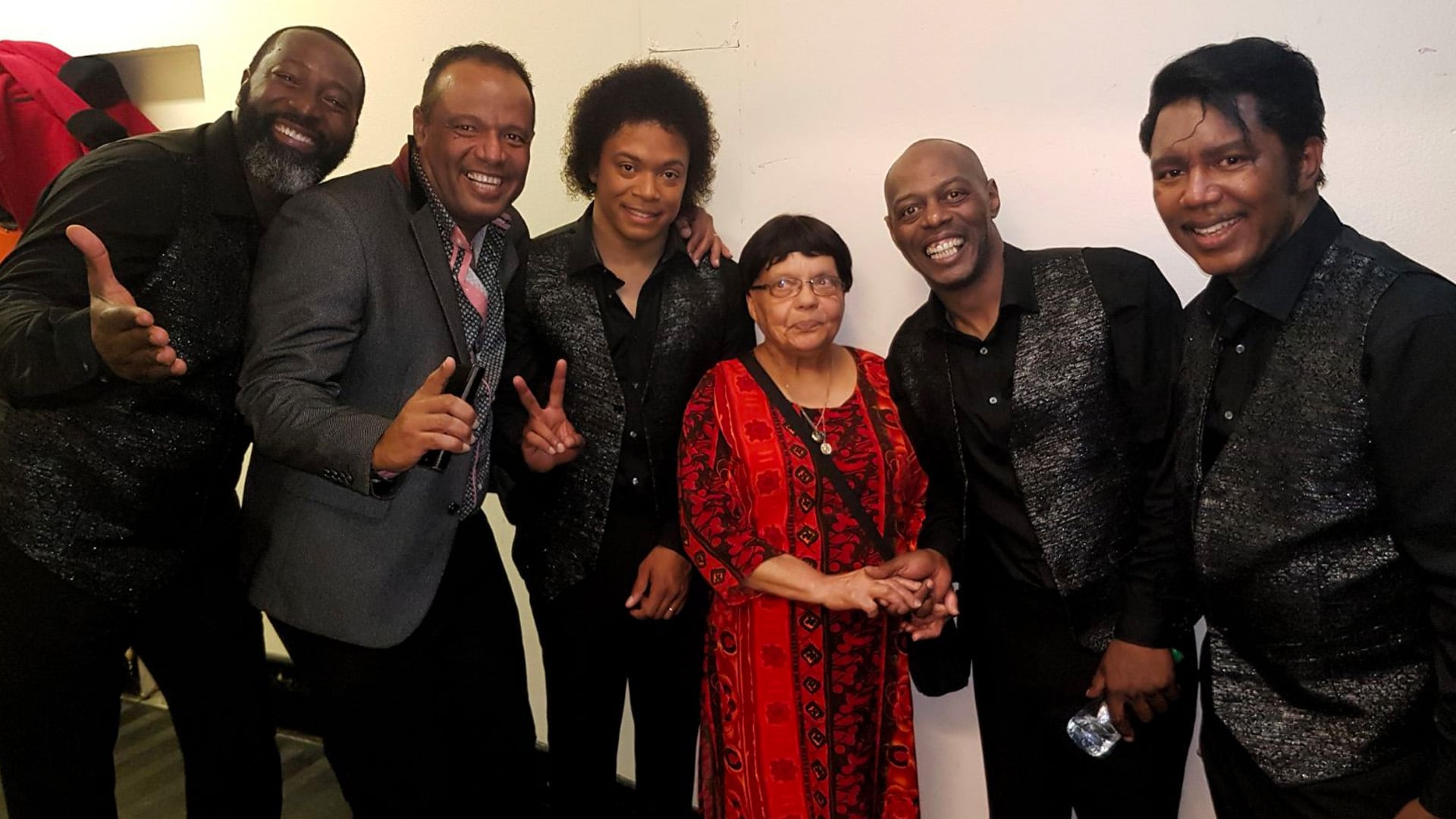 It all started in the strangest of ways when I started my professional music career and I can remember it so clearly as if no time has elapsed since 1995.

I lived in a high rise block in East Dulwich, London working as a general builder by trade, which was a preferred profession at that time because it is truly a skill to be site foreman at the age of only 22. At the time, I was apt in all the skills except electrics, which soon came after.

All my life, I was surrounded by music. I was building speaker boxes at the age of 12 and going to killer parties with my older cousins by when I was 14. I’ll always remember “Sloane International” – what a joy those days were! We were up till daylight dancing and enjoying my youth.

Deep down I had a burning desire to be a singer myself and after my cousin, Maxi Priest got signed to a major label, it inspired me to pursue that same journey after seeing his success, along with many of my other piers. At that time though, I was just a bedroom singer listening to music and recording to tape to hear how “great” the sound was, or not, a the case has been times haha!

A little later down the line, a good friend of mine Asha invited to try performing live in public at a nightclub called The Spot in Covent Garden, London. This was obviously way out of my comfort zone, however an opportunity that you cannot turn down. I asked a friend that lived in Deptford to support me, but he cancelled at last minute as I got to his place. At this point, being alone and disheartened about to go to Central London for this gig, I needed to gather my thoughts.

There was McDonald’s in the Rotherhithe area that had an American diner theme at the time – a Cadillac in the foyer, a jukebox and an Elvis statue – the works. As I was eating my meal, the jukebox was playing The Four Tops, The Temptations and The Drifters back to back. I could see the pictures of the groups on the machine and started saying to myself “God, why can’t I get a chance to be a singer? It’s not fair, even a singing group so I can fulfil my dream. Please God, help me to find that path.” A good few minutes passed while dreaming with glazed eyes and I decided I’m going to go anyway… on my own!

So, I drove up there in my four-door Ford Sierra with primed doors feeling all confident. Luckily my friend Asha who invited me was there playing keys, so I felt comfortable knowing that I had a friend supporting me no matter what. 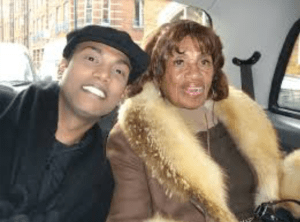 About an hour had passed, and a man sat down at a table that looked familiar. It was Roy G, a childhood friend (and now a great showman/singer) that I hadn’t seen for years sitting at a table drinking Champagne. I went over, hugged him and said “Hi”. We spoke for a little while and he said to come over and sit at his table, get a glass for the Champagne – he needn’t ask twice!

So as the night went on and music played in the background, a sense of strange matter seemed to come over my friend as if he were tripping or you know, “not quite with it”. But as I knew him so well, the trust was there, so I remained seated. Suddenly, a group of people joined us at the table very smartly dressed and full confidence and vigour. I got a gentle tap on my shoulder and was asked: “Do you know that man, my friend, sitting at the table?” which I replied, “Yes, he is a friend, why?” Navi said: “This is Faye Treadwell’s table, the manager of the legendary group The Drifters.” So I laughed at him and said: “Yeah, right, whatever!”. He leaned over to Faye and go a picture of her with President Clinton and The Drifters (his favourite group). 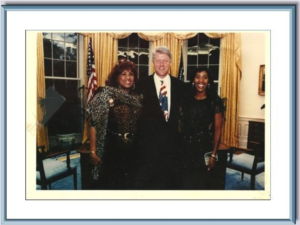 I instantly went into hyperspace mode and apologised unreservedly. He kindly said: “Don’t worry just leave it.” But the discomfort of my friend acting strange caught the eye of the security, as well as the fact he didn’t pay for the Champagne! I was so embarrassed!

My friend got up and the security chased him out of the club using a mace. All the tables got pushed aside and the drinks spilt everywhere!

With loyalty, I ran up the stairs and begged the security chasing Roy to stop and luckily he returned to his good fortune. Whilst holding my head down in shame, I returned inside the club and Navi said: “Don’t worry, it’s not your fault.” and let me remain at the table. I was so, so lucky!

Anyway, he and Faye both asked me if I was going to sing tonight, so I said sure whilst shaking in my boots! I got up and performed ‘Hello’ by Lionel Richie. I was so nervous and wasn’t a pro, but my performance must have been pretty good.

They told me that they were looking for a new singer to join the group and asked if I go to Nomis Studios the very next day to do an interview! So obviously I went ahead, with the MD of the band on the first day, then with the whole group the day after that and then flew to Ireland on the third day as a member of The Drifters! I felt as though I had left the planet. It was the greatest change and emotional explosion of my entire life.

To this day, I love Faye and Navi with all my heart for giving me the chance of a lifetime and fulfilling my dream.

So now you know the absolute truth on how I joined The Drifters. Coincidence? You may say or think that, but for me God is great, full stop!

P.S. Just imagine being on stage and hearing a song you know and saying in your head, “Omg! They did this one too?” while singing harmonies and doing all the steps!